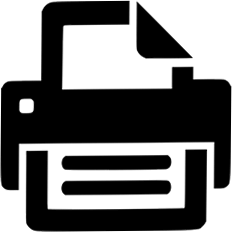 Bosch Munitech recently received an appointment for 3D Scanning services at the iconic SA Sugar Terminals in Durban.  These huge bulk sugar storage silos, have a particular relevance in Bosch Holdings history as being the project that successfully launched the company.

The design was noted with great interest in the Sugar Industry around the world. With capacities of 120,000; 220,000; and 180,000 tonne sugar, these silos feature the design that won a prestigious award for outstanding engineering achievement in 1965 from the Institute of Civil Engineers. Initial design commenced on the first silo in 1963 and at that time was one of the largest pre-cast, pre-stressed structures in the world. All the components of the pre-cast, pre-stressed structure were bonded with epoxy resin and the design was necessitated by Durban’s exceptional corrosive environment, which threatens reinforced concrete structures.

The second and third silos were added in 1968 and 1973 respectively and Bosch Projects have been their appointed Consulting Engineers on all these phases since 1963 including the construction of an adjacent bagged sugar store in 1990 which is approximately 15,000 m² and is designed for a storage capacity of 60,000 tons.  The new appointment is for Bosch Munitech to scan the fire tank and molasses storage tanks. To achieve optimal results, a sphere target system was used on the boundary of the scan, and achieved an accuracy average of 1.7mm. The point cloud information was then exported to ReCap format and submitted to the Bosch Projects design team who are looking at bringing the old original fire systems up to date.